“We were starting to be happy that our area was safe and not like before, but now the terrorists have resumed their cowardly crimes against civilians,” he said.

The US military says fighters are trying to re-ignite sectarian violence that pushed Iraq to the brink of civil war.

Nearly 160 people have been killed in blasts in August alone so far, indicating a more sustained effort by fighters in recent weeks to stoke tensions.

The surge in violence follows the June 30 withdrawal of US forces from major towns and cities, raising concerns about the ability of Iraqi forces to protect the people as the country prepares for national polls scheduled for January.

Mindful of the public’s sense of insecurity, the Iraqi government on Sunday announced the indefinite postponement of a nationwide census after warnings that it could add to ethnic and political tensions. 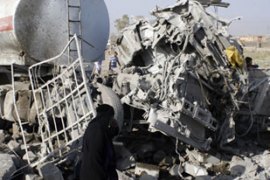 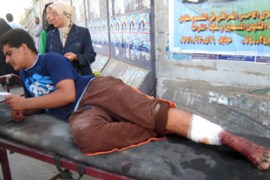 Attacks in Baghdad and near northern city of Mosul leave more than 50 people dead. 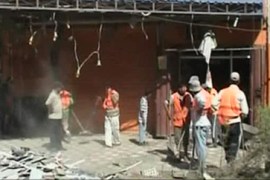 More than 50 people killed in series of bomb blasts in Baghdad and northern Iraq.