Turkey will begin implementing reforms to answer the grievances of its Kurdish minority by the end of the year, Recep Tayyip Erdogan, the prime minister, has said.

Erdogan said on Friday the move would provide a first time-frame for the measures and that progress on the issue is seen as vital to Turkey’s European Union membership bid.

But details have been scant as Erdogan first seeks public, military and parliamentary support.

Ankara said last month it would grant more rights to the country’s estimated 12 million Kurds and seek co-operation from opposition parties in trying to end a 25-year conflict with the Kurdistan Workers Party (PKK).

“By the end of the year we will begin with those measures of the Kurdish initiative that can be implemented,” Erdogan told a party congress, according to broadcaster CNN Turk.

Abdullah Ocalan, the jailed leader of the PKK, was expected on Saturday to issue a “road map” of his own on how to resolve the conflict.

“Ocalan’s lawyers have not finished writing up his statements,” their spokesman told Reuters news agency.

He said they would visit Ocalan, on the island near Istanbul where he is jailed, next Wednesday and probably announce the road map on Thursday or Friday.

The government’s “Kurdish initiative” is aimed at persuading the PKK to lay down its arms and end an uprising that has killed up to 40,000 people by addressing decades-old Kurdish complaints of discrimination.

The head of the Kurdish parliamentary party, the Democratic Society Party (DTP), told Reuters in an interview on Friday it would be unrealistic to expect a rapid solution.

Several thousand fighters of the PKK, viewed as a terrorist organisation by Turkey, the US and EU, are based in the mountains of northern Iraq from where they launch attacks.

Erdogan suffered an apparent blow this week when the two main opposition parties rejected a call for talks, arguing that the process threatened Turkey’s unity. 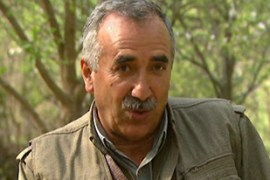 PKK ‘ready for peace’ with Turkey 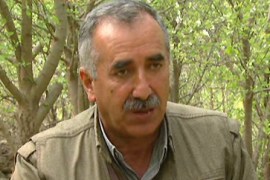 Head of Kurdistan Workers’ party says he is willing to find settlement with Ankara.