Abdullah’s representative complained the government had not provided them with security.

“We informed the government about our trip … but we got none,” said Abdul Ghafar Jalali, a press officer for Abdullah’s campaign office in Badghis.

“We hold the government responsible,” he said.

Saberi said Abdullah’s campaign office had not asked for protection.

Last month the Afghan government said it had struck a ceasefire with fighters in some districts of Badghis to allow people to vote.

Violence in Afghanistan is at its worst levels since the Taliban were ousted in 2001 ahead of the poll, which they have vowed to disrupt.

Taliban fighters stormed a district police headquarters in northern Afghanistan overnight, killing the police chief and two of his men, during a four-hour gunbattle.

The attackers struck with small arms fire and rocket propelled grenades under cover of darkness, said Sheikh Saduddin, administrator of the Dasht-e-Archi district of Kunduz province.

Two foreign journalists embedded with the US military in northern Afghanistan were wounded by a roadside bomb on Wednesday.

Emilio Morenatti and Andi Jatmiko were traveling with the army when their vehicle was struck by the bomb near Kandahar.

United States, Nato and Afghan forces are intensifying their operations against the Taliban in the south of the country ahead of the vote.

The elections are crucial for Western efforts to stabilise Afghanistan, where more than 90,000 foreign troops are fighting the Taliban. 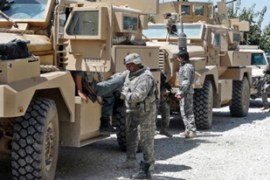 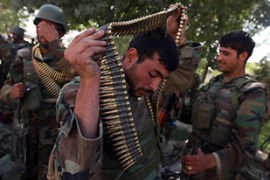