Local television showed images of damaged buildings and pedestrians struggling against the wind.

Flights were grounded, ports were closed and high-speed trains were halted due to the strong winds.

Al Jazeera’s meteorologist Steff Gaulter, said: “The eye of the storm is expected to hit with sustained winds of 165kph and gusts of up to 200kph.

“Then it is expected to hit east China’s Fujian province, but it will be less strong as it will have eased while crossing Taiwan.”

While meteorologists have warned of the potential for extensive damage, the heavy rains brought by the storm could also help alleviate a growing water shortage.

“We need to see how this storm develops, especially the rainfall and wind speeds in the afternoon,” Lee Ching-an, a disaster centre team leader, said.

Morakot is expected to weaken to a category 1 storm before moving on to eastern China by Saturday, according to the Tropical Storm Risk forecasting service.

Typhoons regularly hit China, Taiwan, the Philippines and Japan in the second half of the year, gathering strength from the warm waters of the Pacific ocean or South China sea before weakening over land. 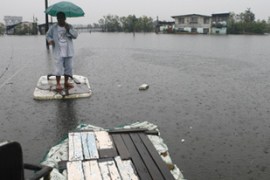 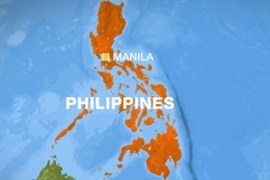 Several dead after storm triggers landslides and floods in northeast of country.