“We are very relieved as the situation is peacefully resolved,” Lee Yoo-il, one of two court-appointed managers at Ssangyong Motors, told South Korea’s Yonhap news agency.

“The most urgent task is to normalise [the assembly] lines by leaving behind extreme confrontation between labour and management.”

The company said it would take two to three weeks to get its operations back up to speed.

Following the announcement of the deal, hundreds of protesters streamed out of the paint shop, the last building they still occupied at the plant in the town of Pyeongtaek, 70km south of the capital, Seoul.

Police checked their identity cards as they emerged. It was unclear if any of the protesters were still inside the building.

As part of its bankruptcy protection process, it has been carrying out major restructuring, aiming to shed about a third of its work force.

Some 1,670 workers have left the company voluntarily while almost a thousand opposed the move, and some were later fired.

Cha Ki-ung, a company spokesman told AFP news agency that under the deal agreed on Thursday, 48 per cent of about 970 workers who had refused to accept redundancy would be allowed instead to take an unpaid long-term leave of absence.

The debt-stricken firm had previously offered to save 40 per cent of them.

In late June, union representatives rejected a compromise offer from management to rehire some laid off workers by 2012 and give others help to find other jobs or opportunities to retire with more benefits.

The standoff has clouded prospects for the carmaker’s long-term survival, costing the firm nearly $258.3 million in lost production.

The firm specialises in sport utility vehicles and luxury sedans – sales of which have plummeted – and was South Korea’s first high-profile victim of the global economic downturn. 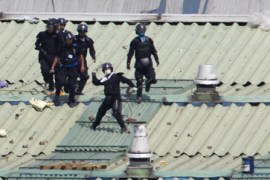 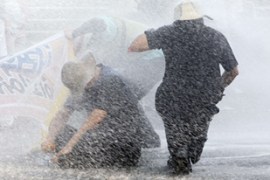