“We refer to ourselves, the great global majority, as the ‘Obamajority,’ and we call on the rest of the world to join forces with us to eliminate all nuclear weapons by 2020,” Akiba said.

Obama said in April that the United States – the only nation that has used atomic bombs in combat – had a “moral responsibility” to act and declared his goal to rid the world of the weapons.

Taro Aso, the Japanese prime minister, said at Thursday’s ceremony that he hoped the world would follow Tokyo’s efforts to limit nuclear proliferation.

“Japan will continue to uphold its three non-nuclear principles and lead the international community toward the abolishment of nuclear weapons and lasting peace,” he said.

The three principles state that Japan will not make, own nor harbour nuclear weapons.

Later in the day, Aso signed an agreement with a group of atomic bomb survivors who had been seeking recognition and expanded health benefits from the government.

The anniversary passed during a period of heightened tensions in the region, just months after North Korea conducted an underground nuclear test blast in May.

A similar ceremony will be held on Sunday in Nagasaki, where more than 70,000 people were killed in the second US atomic attack in 1945.

Japan has long campaigned against atomic weapons, arguing that it has a special world role as the only nation to have ever suffered a nuclear strike.

In the United States, the debate has been much more controversial, with many believing the atomic bombing brought an early end to the war.

Hiroshima and Nagasaki were rebuilt soon after the war and have become important industrial centres. 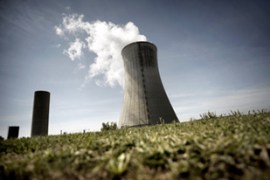 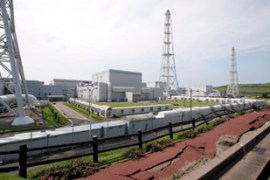 No radiation thought to have leaked from Kashiwazaki-Kariwa power station.