Several officers admitted in private that suspects were often tortured and beaten to extract confessions, the report said.

A female suspect was killed in custody in one case and her killing passed off as suicide, a police officer said.

Some also spoke of manufacturing “encounters” during which a suspect was killed and the death passed off as taking place during a shootout.

In the city of Kolkata, the capital of West Bengal state, Ghaissudin Mohammed Mondal told Al Jazeera that he was tortured after being arrested for refusing to pay bribes.

“They picked me up by my legs and crashed me onto the floor. Then they stripped me naked,” he said.

“The policemen forced me to bend over a table and then inserted some chemical in my backside – I started shouting in pain.”

The HRW report said that India’s police system needed a major overhaul, noting that officers were poorly trained and overworked.

It said that many officers work as many as 16 hours a day, rarely have days off and live in tents or cramped and crumbling barracks.

K.P.S. Gill, a former police chief of Punjab state who has written widely on reform, said the problem was wider than just the police force.

“The resources in the country are not that large and there are unlimited areas crying for attention, so [officials] have to make a selection of what they would spend how much on,” he told The Associated Press news agency.

Naureen Shah, the author of the report, said that the police force was largely geared towards controlling the population in order to prevent crime.

“The police count on the public’s fear, rather than their co-operation, to keep order,” she said.

Najma, whose name has been changed to protect her identity, told Al Jazeera that she was gang raped by police in her home after another officer had been killed in her village.

“I have been tortured by the police and now I can’t even go back to my village as I am scared,” she said.

Ajay Maken, India’s home minister, told parliament on Tuesday that the government was moving to address the issue of police atrocities, including supporting judicial investigations into every suspected custodial death.

Official figures showed 23 police officers have been charged with carrying out atrocities since 2005, but none have been convicted. 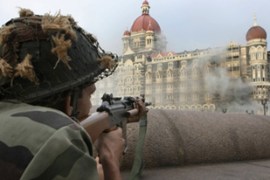 Investigative agency to be created and police training improved in wake of Mumbai attacks. 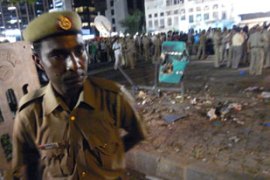