The three Americans were believed to have been hiking along the mountainous border area between the Iraqi and Iranian Kurdish areas when they crossed the frontier and were detained.

“Anyone who seeks to illegally enter the country from the Kurdistan border will be arrested,” Hassanzadeh was reported by Iran’s Fars news agency as saying.

The area where the three Americans – identified as Shane Bauer, Sarah Shourd and Joshua Fattal – disappeared is a popular hiking destination.

US media said Bauer, a journalist, Shourd, an English teacher, and Fattal, a keen traveller, had gone to the Middle East late last year, although it was unclear if they had travelled together.

On this trip, a fourth American travelling with them had decided to stay behind in a hotel in the Iraqi Kurdish region’s second largest city of Sulaimaniyah.

Hillary Clinton, the US secretary of state, called on Monday for Iran to ensure the three individual’s safe return.

Switzerland, which in the absence of US-Iranian diplomatic relations represents US interests in Iran, had been asked to help track them down, she said. 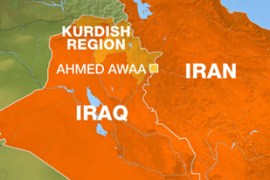 US probes tourist arrests in Iran

US calls on Swiss to investigate arrests of three US nationals at Iran-Iraq border. 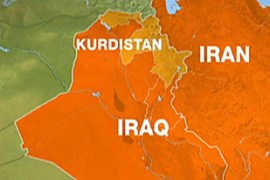 Iran detains US nationals at border

Three US nationals arrested at Iran-Iraqi Kurdistan border after hiking in mountains.