“We don’t accept that violence be the instrument to solve our differences,” he said.

But the owners of Globovision said they had suspicions that Chavez knew in advance of the UPV’s plan to force their way into the channel’s headquarters.

“I can only think it was an order from Miraflores,” Guillermo Zuloaga, president of Globovision, said, referring to the presidential palace.

Al Jazeera’s Dima Khatib, reporting from Caracas, said the attack comes at a very critical time in Venezuela with lots of debate over media ethics and the government’s measures against private media.

“Globovision is more than just a television channel here; it mobilises opposition and almost acts like a political party,” she said.

Globovision workers said that the attackers waved guns as they pushed into the compound. A police officer on guard was hurt in the incident, the organisation added.

The Venezuelan government has in recent weeks launched a series of measures against private media companies.

Thirty-four radio stations were shut down over the weekend on the Chavez administration’s orders and 120 more are under examination for alleged irregularities.

Critics say Chavez is trying to muzzle criticism of his rule.

The Venezuelan government has said that it is monitoring Globovision, with a view to imposing punitive measures against the channel.

RCTV, a popular channel critical of the Chavez government, went off the terrestrial airwaves in Venezuela in 2007 after the government refused to renew its free-to-air licence, although it is still available via satellite, cable and online. 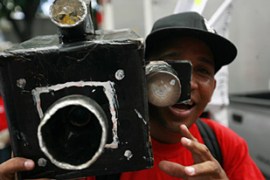 Move to revoke licences of 34 stations criticised as “enormous violation”. 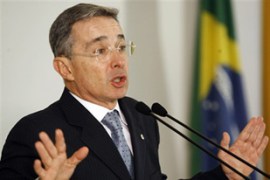 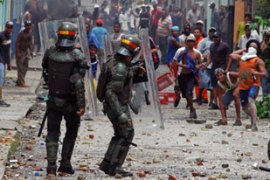 Clashes leave six hurt as opponents accuse Chavez of trying to undermine them. 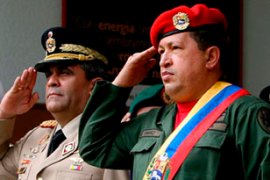