Saddam was hanged in December 2006 for his role in the killing of Shia Muslims in the town of Dujail after an assassination attempt in 1982.

Aziz was in April sentenced to 15 years in prison for his role in the execution of Iraqi merchants in 1992 for breaking state price controls, and will now serve a total of 22 years behind bars.

The defence said Aziz, the only Christian in Saddam’s mostly Sunni Muslim inner circle, had spent most of his time on diplomatic missions outside Iraq and was not involved in atrocities.

“The verdict against Mr Aziz was a political decision,” Badee Izzat Aref, one of his lawyers, said.

Aziz and other Saddam-era leaders were arrested in 2003 as US-led forces invaded Iraq, but more than six years on, violence continues to plague the country.

On Sunday a car bomb went off at an outdoor market in Haditha northwest of the capital, killing at least five people and wounding more than 30 others.

Iraqi police said an explosives-laden car was parked near roadside vendors at the packed marketplace in western Anbar province.

In another incident, this time in the capital Baghdad, a bomb hidden in a plastic bag near a local official’s office killed one civilian and injured three in the district of Azamiyah.

Sunday’s incidents are the latest in a series of attacks that have raised concerns about the ability of Iraqi forces to keep the country secure as US troops pull back to outside major urban centres in preparation for a full withdrawal by the end of 2011. 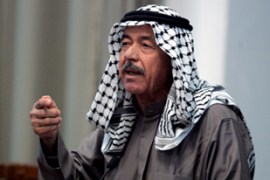 Court to rule on Saddam-era officials who are alleged to have killed market traders.

The daughter of Tareq Aziz, former Iraqi deputy prime minister, has demanded his release from prison, saying he is very ill. 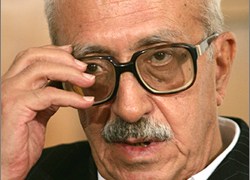 Tareq Aziz ‘has weeks to live’

Iraq’s former deputy prime minister, Tariq Aziz, may have less than a month to live after suffering a cerebral embolism, his lawyer has said.

Tareq Aziz in US custody