Healthy Families, a low-cost health insurance programme for poor children, will lose $50m, while $6.2m will be cut from state parks.

Schwarzenegger said that he used his veto powers to fill a reserve fund that he says is needed for times for unexpected emergencies such as earthquakes and wildfires.

But Darrell Steinberg, the state senate president and a Democrat, criticised the decision.

“We will fight to restore every dollar of additional cuts to health and human services … This is not the last word,” Steinberg said in a statement.

State tax revenues have fallen after hundreds of people in California lost their jobs and their homes.

The compromise 2010 budget plan was formulated in the hope that the state will no longer have to issue IOU-style promissory notes to vendors.

But Michael Genest, Schwarzenegger’s finance director, said on Tuesday that California will probably need to borrow between $8bn and $10bn to cover its immediate cash needs for the rest of 2009.The state could face a budget defcit of between $7bn and $8bn in the 2010-11 fiscal year, he said. 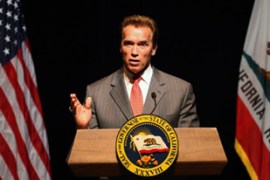 Severe cuts in public spending are proposed in attempt to balance $26bn shortfall. 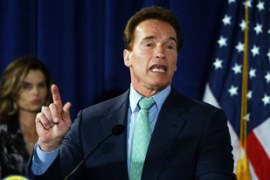 No federal aid yet pledged to state after it missed target to cut $24.3bn deficit. 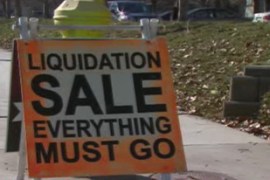 Thousands could be laid off as tax revenues dry up and emergency budget stalls.