Ma, who has pushed aggressively for closer business ties with China, will assume the office in September, replacing incumbent Wu Poh-hsiung.

According to a Nationalist party statement, Hu asked Ma in his message to help bolster mutual trust between the two sides.

Ma responded by calling for peace and stability across the straits, the statement said.

Ma was elected president in May 2008 on pledges to improve the island’s economy by opening more trade channels with China, a global economic powerhouse, and ease tensions with Beijing.

Under Ma, the two sides have resumed high-level dialogues and facilitated closer trade relations including Taiwan’s move to allow Chinese companies to invest on the island.

Taiwan and China split amid a civil war in 1949, but Beijing continues to claim the self-ruled island as part of its territory.

Taiwanese newspapers have speculated that Ma and Hu may be planning a historic summit in their capacities as party leaders, although Ma has downplayed the need and likelihood of such a meeting.

“As chair of the ruling party, he can streamline the process of decision-making, especially for cross-Strait relations [with China].” 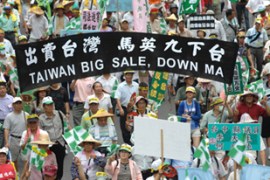 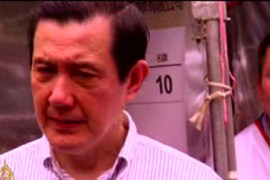 Ma Ying-jeou, Taiwan’s president, has engineered a significant thaw in relations between Taiwan and China. 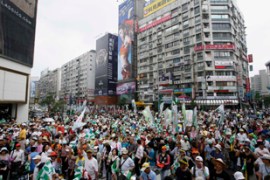