In Meyerton, south of Johannesburg, residents occupied farmland in protest at being evicted from their temporary settlement.

Many poor South Africans complain they have not seen any benefits since white minority rule ended 15 years ago.

But the government is limited in its actions by South Africa’s first recession in 17 years, a result of the global financial crisis, and is wary of any policies that might discourage local or foreign investment.

Nic Borain, an independent South Africa analyst, said: “This was always going to be a problem for Jacob Zuma; a pro-poor government coming to power at the height of the global recession.

Trade unions, whose support was instrumental in Zuma’s rise to power, have also been flexing their muscles since he took office, with stoppages to demand more pay and threats of strikes. 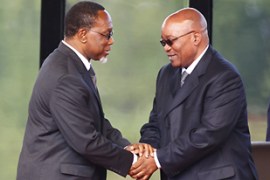 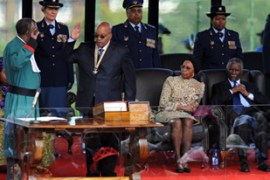 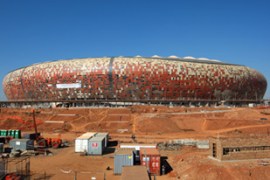