Lee Won-muk, a Ssangyong spokesman, said the protesters are believed to have stocked up on enough food and other necessities to hold out for a considerable time.

He said that electricity to the plant had been left on because it was necessary to keep paint at the factory fluid.

On Wednesday an extra deployment of 100 police commandos joined the security forces already at the plant to lead a possible raid of the occupied buildings, an officer with the provincial police said.

“We’re fully ready to move in, but haven’t set the timing because a lot of flammable material, such as paint and thinner, is scattered in the paint shop,” the officer said. “For now, it is difficult to move in.”

Lee Chang-kun, a spokesman for the union leading the protests, said the occupying workers would resist if police launch an assault and suggested such a fight could turn bloody.

“If police decide to move in, then it would mean that they don’t care even if dozens die,” he said.

Chinese-owned Ssangyong, which specialises in sport-utility vehicles and luxury sedans, said the factory occupation had cost $196.5m in lost revenue.

The protest began on May 21 and has paralysed production at the plant, adding to the problems faced by a company that was already in court-approved bankruptcy protection.

Government officials have said that unless the protest is ended soon, there will be little hope of saving Ssangyong motors as a going concern.

Ssangyong’s labour union rejected a compromise offer from the management in late June and since then there has been no contact between the company and the protesters.

South Korea’s fifth-largest car maker had offered to re-hire some of the workers by 2012 and give others opportunities to retire with more benefits or help them to find other jobs. 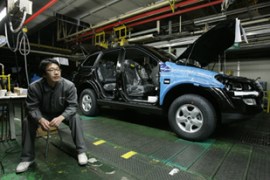 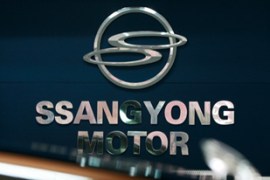 Carmaker struggles to fend of bankruptcy after being refused new bank loans.