“If he does not do it, the court can initiate proceedings against him in his absence,” Zafar said.

Musharraf declared a state of emergency on November 3, 2007, suspending the constitution and dismissing the judges, including Iftikhar Chaudhry, Pakistan’s chief justice.

Under political pressure, Musharraf later lifted the emergency rule and allowed parliamentary elections, in a vote that ushered his political rivals to power.

Musharraf, who took power in a 1999 military coup, resigned in August of last year, under threat of impeachment.

The government of Asif Ali Zardari, the current president, decided to reinstate Chaudhry as the country’s top judge on March 16 to defuse a political crisis that had threatened to bring violent confrontation to the streets of the capital, Islamabad.

Zardari’s initial reluctance to reinstate Chaudhry had set him on a collision course with opposition leader Nawaz Sharif and a powerful lawyers movement, which had been demanding his reinstatement.

The government finally agreed to restore the chief justice after opposition workers and the lawyers planned to stage a massive rally in Islamabad earlier this year. 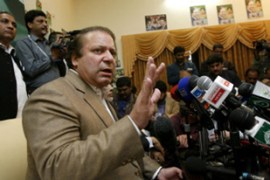 Sharif cleared to run for office 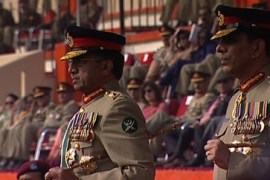 Witness follows the twists and turns of recent events in the country. 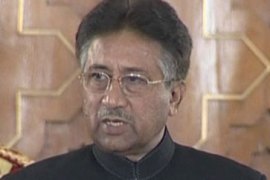 The former president of Pakistan discusses the future of his country. 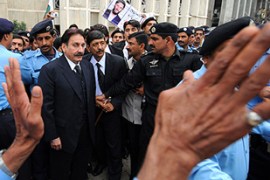