“We respect this decision. And this decision is final and binding because all the parties agreed from the beginning that the decision of the court was binding and final,” he said.

Riek Machar, a representative of the Sudan People’s Liberation Movement (SPLM), which heads an autonomous regional government in the south, said that he hoped that the ruling would increase the chances for peace.

“We want peace. We think this decision is going to consolidate the peace,” he said. “We came to see justice and it’s a decision we will respect.”

The SPLM fought a two-decade civil war with the Khartoum government.

At least 100 people were killed as Abyei town was razed in clashes in May 2008.

Tens of thousands of people were left homeless, most of them ethnic Ngok Dinka loyal to the south, who have long had tense relations with the district’s Misseriya Arab nomads, regarded as loyal to the north.

Deng Alor, a senior southern leader who serves as foreign minister in Sudan’s coalition government, said that the Ngok Dinka tribe had lost some small areas of land “but would accept the ruling”.

“All in all the decision of the court is acceptable and we will implement it,” he said.

Hassan Meki, a political analyst and the chancellor of the International African University, said that the ruling was a boost to the hopes of unity in Sudan in the run-up to the referendum.

“Now the people of Abyei will realise that their interests lie in their being unified with their partners in the north – to share the value of their wealth and their resources,” he told Al Jazeera from Khartoum.

“People want to co-existence … and to share the wealth of the area.”

Ashraf Qazi, the UN special representative for Sudan, said the ruling had been a “win-win decision”.

“This will pave the way for the peaceful implementation of the Comprehensive Peace Agreement as a whole. The rights of both communities have been guaranteed as a matter of international law.”

Extra UN pacekeeping troops were sent to Abyei before the ruling amid reports that unauthorised southern military units were being sent to district.

Under the 2005 peace deal, the only forces allowed in Abyei are special joint north-south police and military units. 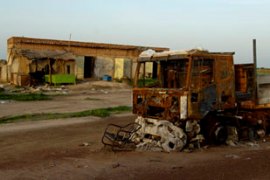 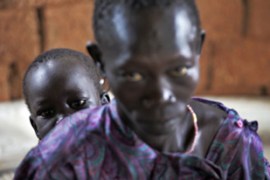 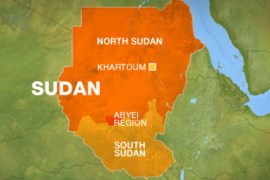 Thousands of people are believed to have fled fighting in disputed Abyei.