According to Chinese state media, Hu and three other employees who are also detained, are accused of bribing employees of Chinese steel companies to obtain confidential information on China’s negotiating strategy.

Smith has voiced frustration that Australia has had to rely on Chinese media reports to obtain details of Hu’s case.

Rio Tinto has made its first official comment on the spying allegations.

The company said on Friday that bribery claims against the four staff held in China were “wholly without foundation”.

“Rio Tinto believes that the allegations in recent media reports that employees were involved in bribery of officials at Chinese steel mills are wholly without foundation,” Sam Walsh, an iron ore chief executive said.

“We remain fully supportive of our detained employees, and believe that they acted at all times with integrity and in accordance with Rio Tinto’s strict and publicly stated code of ethical behaviour.”

The detentions have sparked a diplomatic spat with China, angrily telling Australia not to interfere after Kevin Rudd, the prime minister, warned that its economic interests were at stake.

It has also prompted a senior Australian politician to label China’s justice system as having only a “facade of legality”.

Michael Danby, the chairman of the Foreign Affairs Sub-Committee of the Australian Parliament, wrote in the Wall Street Journal that Canberra  had “learned the hard way” that Australia-China relations must be handled carefully.

“The days when Western countries can demand exemption for their citizens in any Asian country are over, even in China, which maintains only a facade of legality,” he wrote.

China is Australia’s biggest trade partner, worth $53bn last year, and iron ore exports injected $14bn of that, powered by Rio Tinto, BHP Billiton, and others.

China’s booming steel industry consumes up to 60 per cent of global iron ore production and Beijing is pressing for deep price cuts after two years of increases totalling more than 120 per cent. 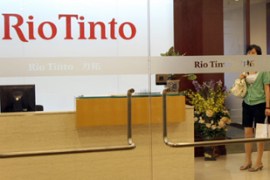 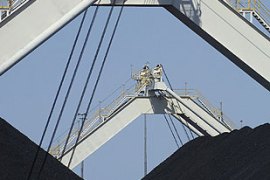 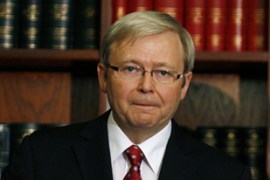 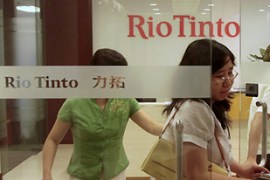