But on Monday, Kasab got up and told the Mumbai court: “I have something to say. I want to confess,” Ujjwal Nikam, the public prosecutor, said.

Nikam told Al Jazeera: “The cat has come out [of] the bag because whatever evidence we brought before the court in the shape of eyewitnesses, documents, CCTV footage brought pressure on him to tell the truth.”

He continued: “But he [Kasab] still has not told the entire truth, so as a public prosecutor, therefore tomorrow I am going to argue in front of the court whether his plea of guilt should be accepted.

“He’s trying to have lenience in the matter and taking the minimum amount of responsibility in the crime and he has not disclosed the main people of the Lashkar-e Taiba.”

India has blamed Lashkar-e-Taiba, an armed group based in Pakistan, for the attacks and says Pakistani security agencies have nurtured such groups.

Islamabad, which denies any state involvement, has detained some suspects and pledged to prosecute those responsible.

“Pakistan’s federal agency has stated that they accept that Kasab is Pakistani and have passed on a dossier to India,” Preeti Gupta, a journalist in Mumbai, told Al Jazeera.

“Initially Pakistan was not accepting that he was a Pakistani.

“[Now] Kasab knows he’ll be tried here [in India] and he’ll be sentenced here, and that is the reason he had the change of heart”.

But Kasab has also hinted at the role of a homegrown Indian group in the deadly attack.

Among his new statements, Kasab identified an Indian accomplice he called Abu Jundal, saying the man taught Hindi to those who carried out the attacks.

Nikam called it “a ploy to divert the court’s attention”.

The attacks were carried out by 10 armed men who targeted India’s financial capital on November 26.

They allegedly set off from the Pakistani city of Karachi and took the sea route to enter Mumbai.

The rampage ended three days later when troops stormed the Taj Mahal Hotel where some of the men were hiding.

While most of the attackers were killed after a prolonged gunfight with security forces, Kasab was captured alive.

In his statement, Kasab also gave details of his group’s journey from Pakistan on a boat, their subsequent landing in Mumbai, and the rampage that followed as the gunmen shot and killed people at a railway station, a Jewish centre and two five-star hotels, including the Taj Mahal hotel.

Kasab, who says he is from Faridkot in Pakistan, became the physical embodiment of India’s contention that its neighbour and rival had let its soil be used to plan and launch the attacks.

The incident strained New Delhi-Islamabad ties and led to a war of words between the two nations.

Kasab was treated for wounds and has since been held in solitary confinement in Mumbai’s Arthur Road Jail. 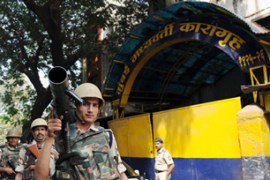 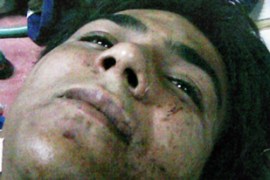 Mohammed Ajmal Kasab to be tried as an adult, Indian judges rules.