As the UN and human rights groups demand independent investigations into the conduct of Israel’s offensive in the Gaza Strip, the world’s attention is focusing on whether Israeli or Hamas officials could face prosecution for war crimes.

Whatever the inquiries find, bringing suspected war criminals to court will be far from straightforward.

There is a world of difference between establishing that war crimes have been committed, and then holding those responsible to account, says Mark S Ellis, the executive director of the International Bar Association (IBA).

“Often, people view these as the same, but they are not under international law. There is a gap … regarding the issue of accountability,” Ellis says.

Even if independent inquiries do establish that gross violations of the laws of armed conflict have taken place during the war in Gaza, the mechanisms to ensure those responsible on either side are brought to justice “simply don’t exist”.

There are four main options open to states, groups or individuals seeking to launch legal proceedings against suspects should investigators find war crimes have been committed during the 22-day assault on the Strip, Ellis says.

All four routes are fraught with complexities, particularly in relation to the Gaza conflict.

“The ICC simply doesn’t have jurisdiction over this conflict,” says Ellis, “because Israel has not signed up to the Rome Statute [that enshrined the ICC].”

As the ICC requires states to adopt the court’s jurisdiction, it is unable to bring any actions against non-signatories itself, unless the UN Security Council votes to refer specific cases for potential prosecution.

While that happened when ICC prosecutors accused Omar al-Bashir, the president of Sudan – another non-signatory state – of committing war crimes in Darfur, it is unlikely to occur in relation to the Israel-Gaza conflict.

Gaza is not formally recognised as a state by the UN and “the US, and perhaps other [security council] member states, would veto any resolution that would ask for the ICC to investigate Israel,” says Ellis.

“The ICC option is effectively closed.”

The second route would be for the UN General Assembly to request an advisory opinion from the International Court of Justice (ICJ), also based in The Hague, on the legality of specific actions taken by states.

However, the ICJ has no enforcement powers, as was witnessed by its inability to act following its ruling that Israel’s construction of a separation barrier breached aspects of international law.

The ICJ requested Israel rectify elements of the construction, which Tel Aviv ignored – something any state can choose to do, Ellis notes.

The third option involves states trying their own citizens or soldiers for war crimes – a requirement under the Geneva Conventions.

“That’s unlikely to happen on both sides, but that is still a responsibility of the state, body, or entity that’s responsible for, or has authority over, the individuals who have committed these crimes,” says Ellis.

Finally, Ellis points to a legal concept referred to as “universal jurisdiction”, where any state can choose to launch legal proceedings against any person, anywhere in the world, who is suspected of committing crimes such as genocide, torture, and other grave breaches of international law.

But states have already proven themselves reluctant to take responsibility for holding individuals to account for crimes committed in other countries and Ellis believes it is “highly unlikely that a third party is going to step up and bring actions against Israeli or Palestinian individuals”.

Despite this, lawyers across the globe, and particularly in the Arab world, are seeking ways to take legal action in relation to events they believe constitute war crimes.

Dr Abdullah Al-Ashal, a professor of international law at the American University in Cairo and a former Egyptian foreign minister, belongs to both the Arab Bar Association and the Arab Federation of Lawyers (AFL).

He believes that Israel has breached all four Geneva Conventions that cover conduct during armed conflict with relation to civilians, prisoners of war, sick and injured combatants, weapons used and how troops engaged in fighting.

Al-Ashal claims that Jordan, the Comoros Islands and Djibouti – all signatories to the Rome Statute – have committed themselves to bringing war crimes cases against Israel to the ICC if needs be, following the recent Kuwait-hosted Arab summit on Gaza.

In addition, members of the AFL are set to meet in Tunis on Thursday, January 29, to “discuss how to progress the prosecution of Israel for war crimes”, and Al-Ashal said that Arab lawyers are “seriously pursuing” all options to put Israelis on trial.

Meanwhile, both sides say they acted in self-defence and within the confines of international law.

Mark Regev, the spokesman for the Israeli prime minister, insists Israel takes “extremely seriously any allegation of either improper or illegal behaviour by servicemen in combat” and carries out its own investigations.

On Israel’s refusal to sign up to the Rome Statute, he cites Israeli concern over “the politisation of the international human rights mechanisms in the international judicial system”, a reference to resolutions that Israel regards as hostile and were passed by UN bodies without the backing of western states.

While Hamas is regarded as a “terrorist group” by many western governments, the Palestinian faction came to power after democratic elections in 2006 that were deemed fair and free by international observers.

Hamas says not only are Palestinians the victims of war crimes perpetrated by Israelis, but they are left without recourse to international justice.

Going back to Ellis’ “accountability gap”, the IBA chief puts the blame squarely on nation states – including the US – for failing to accept the legitimacy of the ICC.

“The ICC is probably the most important body with regard to individual responsibility for these crimes … it is the responsibility of all civilised nations to agree that if these types of crimes have been committed, they should be brought to justice.

“Ultimately, that’s where we want to be and we are a long way from that today,” he says. 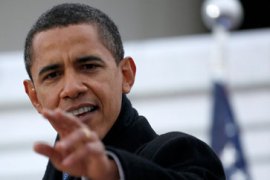 Can Obama heal the rifts?

Historians debate whether the US president can bridge the global divide. 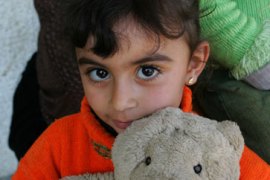 Gaza diary: To die with hope