The Thai government approved plans for a national referendum on Thursday.

“The referendum is to ask public opinion and the prime minister has agreed to it as a possible solution to solve the problem,” Somsak Kiatsuranont, the culture minister, said after a special cabinet meeting at the army headquarters in Bangkok.

Somsak said on Thursday that the process for drafting the referendum would start immediately.

But critics said the referendum was an attempt by Samak to cling on to power and many analysts said it would not tackle the core of the problem: the divide between the poor, rural masses and the urban middle class.

On live radio on Thursday, Samak said that he would not resign nor dissolve parliament.

Abhisit Vejjajiva, the opposition Democrat party leader, told Al Jazeera it was probably “unconstitutional” to hold a referendum on a person or a group of people.

Samak has been facing repeated calls to resign from anti-government protesters – led by the People’s Alliance for Democracy (PAD) – who have been camped out on his office lawn since last week. 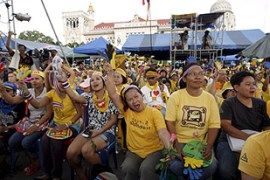 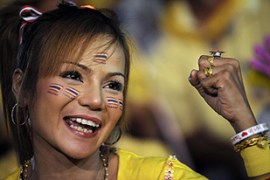 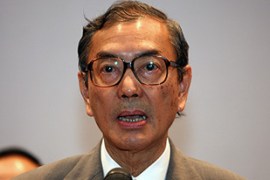