The former colonel was in charge of a large Bosnian Serb military base in Han Pijesak, where Mladic’s headquarters were located, in the early 1990s.

The International Criminal Tribunal for the former Yugoslavia (ICTY) has been seeking Mladic, the head of the Bosnian Serb army, since the end of Bosnia’s 1992-1995 war.

He is one of two remaining fugitives still wanted by the ICTY along with Goran Hadzic a former Croatian Serb leader, who is believed to be hiding in neighbouring Serbia.

Mladic and Karadzic have been indicted for some of Europe’s worst atrocities since World War II, notably the 1995 Srebrenica massacre of 8,000 Bosnian Muslims and the siege of Sarajevo that claimed more than 10,000 lives. 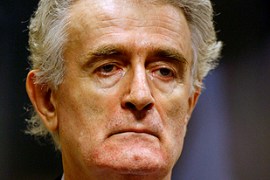