“After the drones came under fire, a missile hit a house in the village. We have four dead now and another nine people were injured,” a local security official told the AFP news agency.

US forces are believed to have carried out at least seven missile attacks and a commando raid inside Pakistan in the past month.

The attacks have strained ties between the US and Pakistan, with Islamabad complaining that the raids are an infringement of its sovereignty and vowing to defend the border.

Last Thursday, Pakistani and US troops exchanged fire along the border after two US military helicopters came under fire, a US military spokesman said.

Although both sides later played down the incident later, Pakistan contended that the US helicopters had entered Pakistani territory while the United States argued they had not left Afghanistan.

There was no immediate comment on Tuesday’s incident from Washington, which on Monday issued a statement affirming its “support for Pakistan’s sovereignty, independence, unity, and territorial integrity”. 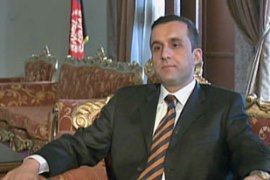 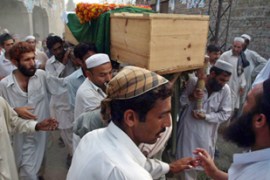