Jangmi, a typhoon before it was downgraded to a tropical storm on Monday, is not forecast to make landfall but is expected to bring strong winds and heavy rains.

Storms which have been pounding the southern Chinese coast since last week affected 6.5 million people and forced 678,000 to flee their homes, officials were quoted as saying.

Xinhua said losses so far had been estimated at around $529m.

The agency said heavy rains and strong winds in the two provinces and Shanghai will persist until Tuesday.

Typhoons regularly hit China, Taiwan, the Philippines and Japan from August until the end of the year, gathering strength from the warm waters of the Pacific and the South China Sea before weakening as they blow over land. 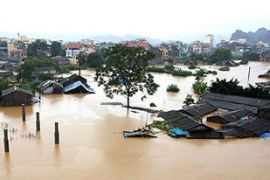 Dozens dead and missing as storms and heavy rains lash the region. 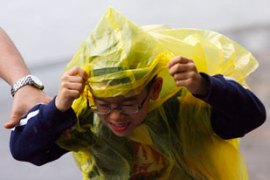