Under the terms of the rescue plan, CAI will take over Alitalia’s passenger activities and merge them with Italy’s number two airline, Air One, which has also been faltering.

CAI will re-hire about 12,500 workers, while laying off 3,250, about half of them flight attendants.

The government has promised compensation over seven years for those who lose their jobs.

With all the unions now on board, speculation has mounted over which potential foreign partner, rumoured to be Air France-KLM or Lufthansa, might help keep the near bankrupt Italian airline aloft.

Earlier news reports said Air France-KLM was now ready to take a minority stake of between 10 and 20 per cent while Lufthansa was said to want as much as a 49 per cent stake.

Berlusconi rejected reports that the two European rivals were preparing takeover bids for the troubled airline, insisting that he could “rule out” such a scenario for at least five years, citing a clause in the rescue plan.

During campaigning ahead of elections he won in April, the prime minister had promised to keep Alitalia in Italian hands, vowing to block a takeover by Air France-KLM that was then on the cards.

Alitalia, which is 49.9 per cent state-owned, is losing about $4.3m a day and has debts of about $1.7bn, which are now to be shouldered by the Italian taxpayer.

In earlier union negotiations, an initial breakthrough came last Thursday when Italy’s most powerful union, the CGIL, signed on after obtaining last-minute concessions on pay, leave and contractual issues.

Pilots came on board in the early hours of Saturday, leaving the small flight attendants and ground crew unions with little choice but to mount symbolic resistance until Monday.

Some union leaders are attracted to Lufthansa because it operates from more than one hub, like Alitalia, whose Milan hub has seen drastic cutbacks.

However, Claudio Scajola, Italy’s economic development minister, said the choice should “respond to industrial criteria, not political or regional ones.” 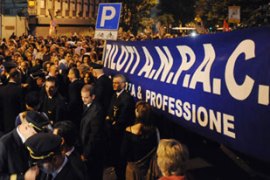 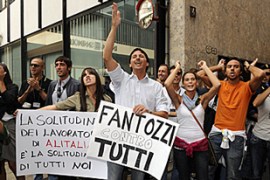 Airline posts final appeal on website for investors to take over near-bankrupt carrier. 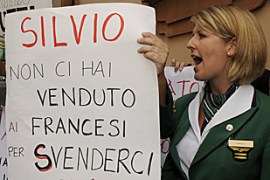 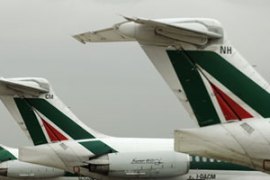