The Taliban took several days to question the labourers to determine that they were definitely not soldiers before releasing them, he said.

Their freedom was further delayed as they had been split up into six groups and held by six different factions.

Daqeq said that no ransom was paid and that the Taliban had not demanded the release of any of their fighters in exchange, as they have done in other kidnapping cases.

The labourers were working with an American construction company building for the Afghan National Army (ANA).

On Friday, Mohammed Naeem, one of the released labourers, said they had been treated well in captivity.

“Taliban abducted us thinking that we were ANA soldiers. They freed us after they realised that we are not soldiers,” he said.

“Most of the people with us are carpenters, masons, painters and other construction workers.”

Kidnappings have become increasingly common in Afghanistan with armed groups carrying them out for financial gain or in order to make political demands. 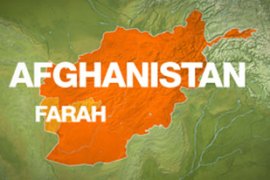 Negotiations by tribal elders lead to release of 118, while 35 more remain captive.