The Russians always said that the West’s recognition of Kosovo would set a dangerous precedent. That argument may have been valid, but perhaps, as we now know, because the Russians were determined to make it a precedent.

Their decision to recognise South Ossieta and Abkhazia has caused consternation across Europe. The EU, predictably, has struggled to come up with a coherent response. It seems that the Caucasus region is going to be volatile for some time.

Meanwhile, I spent the week travelling around that other troublesome area on Europe’s periphery, the Balkans. In Kosovo, there are rumblings that independence is not turning out to be all that was expected.

There is disappointment in Pristina that only 46 countries (out of 192 UN states) have so far recognised Kosovo (the three that took the plunge in August were Colombia, Belize and Malta). Kosovans are surprised that so few Muslim countries have offered recognition.

The prime minister, Hashim Thaci, is being criticised by the opposition for failing to make a more persuasive case to foreign partners. (South Ossetia and Abkhazia might want to take note, because their path to international acceptance is likely to be even harder).

Serbia, of course, is working hard to persuade countries not to recognise Kosovo. I spent a couple of days in Belgrade, where the pro-western government is busy trying to build ties with the EU.

Following the recent capture of Radovan Karadzic, the government says it is doing its best to deliver the two remaining war crimes suspects, Ratko Mladic and Goran Hadzic, to the International Criminal Tribunal for the Former Yugoslavia (ICTY), in the Hague.

But it seems the government’s actions are borne out of pragmatism, rather than a sincere belief that Serbs will get fair and transparent justice in the Hague.

The ICTY is deeply unpopular, not just with hard-line nationalists, but with a majority of the Serbian public. And this, to me, seems the tragedy of the Hague process.

It has, to some extent, helped establish the facts as to what happened in the former Yugoslavia in the 1990s, and showed unscrupulous leaders that one day they may have to account for their actions.

But it has done little to foster reconciliation between the peoples of the Balkans. If anything, perhaps the opposite.

Many Serbs are convinced that the ICTY is biased against them; a punishment, imposed by the West, to justify Nato’s intervention in Bosnia and Kosovo. And Croats, Bosnian Muslims, and Kosovan Albanians, also question the ICTY’s impartiality as soon as their own leaders are accused of atrocities.

So is the Balkans a region of ancient grievances and poisonous memories, where grudges fester for generations, before erupting with ferocity?

After Belgrade, I spent three days in the Bosnian capital, Sarajevo. In the old town, the streets are crowded with tourists who have come to see the reconstructed Ottoman mosques,  Orthodox churches, and handsome Austro-Hungarian civic buildings.

It Is hard to imagine how a savage civil war was fought here so recently. A crowd had gathered on the edge of one busy street to see the unveiling of a plaque. It marks the spot where, on August 28th, 1995, during the Bosnian Serb siege of Sarajevo, a shell exploded, killing 43 civilians and injuring more than 80.

It was an horrific attack, and resulted in Nato launching air strikes against Bosnian Serb forces, which in turn led to the signing of the Dayton peace accord a few months later.

But this event still causes controversy. Many Serbs are convinced that the mortar attack, (and another one the previous year), were actually carried out by the Bosnian Muslim government, to turn international opinion against the Serbs.

I mention this as an example of how difficult it is to reach consensus on the past in the Balkans. The UN eventually concluded that the 1995 mortar was fired by Serb forces, although there were dissenting voices. But if we can’t even agree on what happened,  how can we hope that different communities will be reconciled with each other?

The next day, I sat with a group of women in Sarajevo and watched television. They are ‘the Mothers of Srebrenica’; representing the thousands of women who lost loved ones in the massacre carried out by Bosnian Serbs in July 1995.

On the screen, we watched Radovan Karadzic live from the court in the Hague. Mr Karadzic refused to plea, and said he did not recognise the court.

“Look how Karadzic is smiling and playing with the court”, said one woman, Zumra Sehomerovic, “while I still go from grave to grave, looking for the remains of my husband”.

Another woman asked “how can we live together with those who did this, if they won’t even acknowledge their guilt?”

It’s a difficult question to answer. 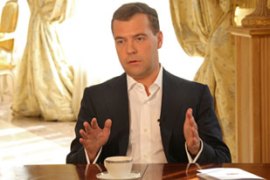 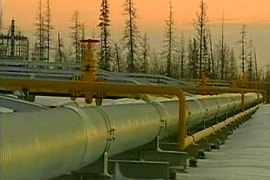 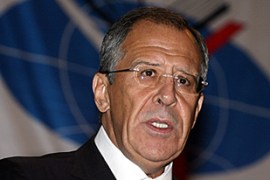