In Sydney, Australian investment bank Macquarie Group saw its stock surge by as much as 51 per cent, its biggest one-day gain on record.

The upswing also followed a co-ordinated drive by central banks around the world to release $180bn to alleviate any credit crunch.

The move by the Bank of Canada, the Bank of England, the European Central Bank, the US Federal Reserve, the Bank of Japan and the Swiss National Bank is the fourth such concerted effort since the start of the credit crisis last year.

Chinese investors got an additional boost from a government decision to eliminate a tax on share purchases and government plans to use an investment fund to buy shares in three major banks.

“I knew it would rise, but didn’t expect it to jump so high,” Zhao Yueming, a dealer at Cinda Securities, told the Associated Press.

The bounce in Asia comes after a 410-point overnight gain on Wall Street following a late surge in the trading day on news that the US government might set up a central facility to take on banks’ bad debts.

Henry Paulson, the US treasury secretary, said the government was crafting a plan to rescue banks from bad debts that were at the heart of Wall Street’s worst financial crisis in decades, but that it would need congressional approval.

He and Ben Bernanke, the US Federal Reserve chairman, briefed legislators on the options they were considering on Thursday and asked them to pass legislation giving the government power to buy distressed assets.

“What we are working on now is an approach to deal with the systemic risk and the stresses in our capital markets and we’ve talked about a comprehensive approach that will require legislation to deal with illiquid assets on financial institutions of the United States on their balance sheet,” Paulson told reporters in Washington.

Paulson is reportedly considering setting up a new form of the Resolution Trust Corporation, a body set up by the US government in 1989 to help liquidate bad company debts, particularly in areas related to the property market, but closed down in 1995.

Al Jazeera’s John Terret, reporting from New York, said Wall Street investors were buoyed by the news but added that if the prospective rescue did not materialise, markets were likely to see another round of sharp falls. 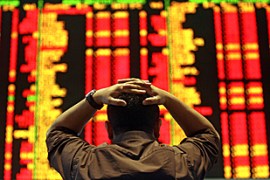 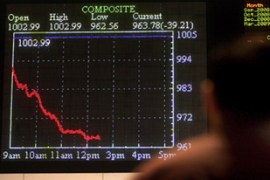