She was declared the winner in an election to replace Ehud Olmert, the prime minister, as the leader of the ruling Kadima party, on Wednesday after winning by just 431 ballots.

The lawyer and former Mossad agent won 43.1 per cent of the vote against 42 per cent for Shaul Mofaz, the transport minister, the central electoral commission said.

“On the level of government in Israel, we have to deal with difficult threats,” she said. “The national mission … is to create stability quickly,” Livni said in her victory speech.

Yitzhak Ben Yisrael, an MP and one of Livni’s senior electoral aides, told the AFP news agency that he believed that she should be able to form a new coalition.

“After that she will invite all other parties to take part in a wall-to-wall coalition,” Ben Yisrael said, suggesting Livni would also reach out to her former party Likud.

Israeli media reported that Mofaz had also called Livni to congratulate her on her victory, rejecting a legal adviser’s proposal that he ask for a recount.

The leadership election was called after Olmert announced his resignation amid allegations that he accepted cash payments from an American businessman and double-claimed expenses for trips before he became prime minister.

Riad Malki, the Palestinian information minister, said that he welcomed the result of the election.

“We are going to deal with any new prime minister in Israel,” he said/

“We hope this new prime minister will be ready to … reach a peace deal with the Palestinians that ends the occupation and allows the establishment of an independent Palestinian state living beside Israel.”

However, other Palestinians were sceptical about whether Livni would improve the situation for them.

Mohammed Ishtayeh, director of the Palestinian Economic Council for Development and Reconstruction, told Al Jazeera that he believed that the Israeli foreign minister would simply continue Olmert’s policies.

“When it comes to the Palestinians … we will not really see a change in the substance, there might be some cosmetic changes here and there.” he said.

“But the problem is if she is not able to form the coalition Israel will be going into early elections, then we will be living with Olmert for six months.”

Al Jazeera’s David Chater, reporting from Jerusalem, said there were a lot of obstacles for Livni to overcome before she would be able to form a new government.

“Every party in the coalition is going to try and wring new concessions out of her,” he said.

Eli Yishai, head of the ultra-Orthodox Shas party on which the fate of a future coalition could depend, on Thursday said there should be no negotiations on the future of Jerusalem in his party were to be part of a Livni government.

He also demanded a big rise in family grants, something Livni has up to now rejected.

Yehezkel Dror, a political analyst, said: “The problem is not what is happening at Kadima, but what will happen in the next elections … we cannot predict how Netanyahu would behave if elected.” 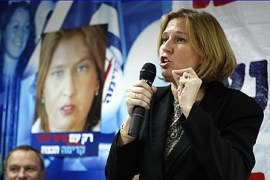 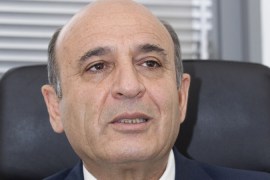 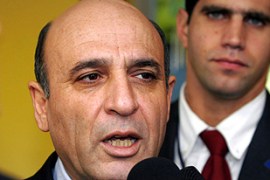 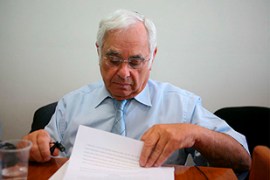