Over the weekend Britain’s Barclays Bank and the US-based Bank of America, Lehman’s potential buyers, pulled out from talks saying they were not convinced that it would be a good buy for shareholders.

In a related development on Sunday the US Federal Reserve and a global consortium of commercial and investment banks announced plans to provide $70bn pool of funds to help offset a credit squeeze amid the anticipated collapse of the Wall Street giant.

The consortium said the measure was “to help enhance liquidity and mitigate the unprecedented volatility and other challenges affecting global equity and debt markets”.

Meanwhile reports said Merrill Lynch, another Wall Street giant, had agreed a deal to sell itself to Bank of America for $44bn, while American International Group (AIG), one of the world’s biggest insurers, was seeking emergency credit from the Federal Reserve.

According to the New York Times, AIG was seeking a $40bn bridge loan from the Federal Reserve in the face of a possible downgrade from credit ratings agencies that could spell its doom.

Amid widespread uncertainty over the health of the US financial sector, US stock index futures tumbled in late Sunday trade, pointing to a sharply lower Wall Street open on Monday.

“It looks like it will be nasty tomorrow,” Andrew Brenner, co-head of structured products and emerging markets at New York-based MF Global said in a note to clients.

In Australia on Monday stocks in investment banks were the worst hit with the Macquarie Group down 8 per cent in early trade to A$40.50 and Babcock & Brown Ltd down 15.3 per cent to A$1.61.

National Australia Bank Ltd, considered the most vulnerable of Australia’s top banks to further writedowns, was down 4.4 per cent at A$22.90 after dipping as low as A$22.79, its lowest level in more than eight years.

In Taiwan, financial stocks were among the worst-hit with Shin Kong Financial Holding losing 6.9 per cent.

Fears that Lehman may go into liquidation have also sent shock waves through currency markets, with the US dollar on Friday posting its largest one-day fall against the euro in six months. 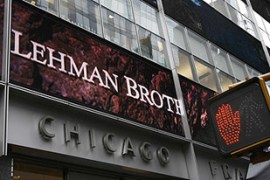 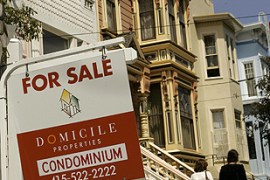 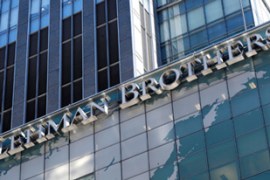