In a statement on Sunday, the foreign ministry did not confirm if there had been any casualties in the fighting.

“According to the general prosecutor’s office, a group of individuals involved in illicit drug supplies has been identified as a result of law enforcement operations,” the statement said, without giving further details.

Information is strictly controlled in the former Soviet republic and state media did not report on the incident.

Before the foreign ministry statement, Arkady Dubnov, a Moscow-based reporter for the Vremya Novostei newspaper and expert on Central Asia, told the AFP news agency that sources in Ashgabat had told him of “tanks and armoured vehicles opening fire on a drinking water factory” where an armed group was hiding.

The US embassy in Turkmenistan warned Americans to stay away from the northern districts of the city.

The Central Asian nation, bordering Iran and Afghanistan, has a predominantly Muslim population and large oil and gas reserves. It is used as a route for the global heroin trade. 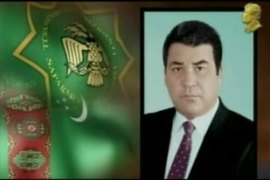 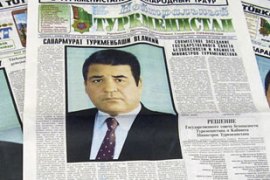