Michel Sleiman, the Lebanese president, had ordered the Lebanese army to step up security in the area and launch an investigation into the incident.

The attack was thought by politicians to be an effort to rekindle violence between rivals in the sensitive Druse-inhabited mountains, areas controlled by the two main Druse factions – the Lebanese Democratic Party led by Talal Arslan and the Progressive Socialist Party of Walid Jumblatt.

Ghazi Aridi, Lebanon’s minister for transportation and public works, said:”It seems that the hands of the criminals and the terrorist brain that have prepared a series of crimes are still insisting on the continuation of this series. This crime is no doubt targeting all that has been achieved since the Doha agreement”.

Aridi, who was in his 50s, was alone in his car when the bomb detonated, the officer said.

While the investigation is still under way, there have been no claims of responsibility for the attack.

Aridi was a prominent adviser to Talal Arslan, a prominent Druze politician whose Democratic Party has close links to neighbouring Syria.

Arslan is a leading opponent of Walid Jumblatt, de facto leader of the Druze community and head of the Progressive Socialist Party (PSP).

Al Jazeera’s Sherine Tadros in Beirut, said Arslan, a personal friend of Aridi, gave a speech on Thursday to bring calm back to the streets of Lebanon.

“My colleagues blood will not be spilled in vain,” Aridi said.

Tadros said: “His words demonstrated a real show of unity in Lebanon across the political divide and that the assassination will not set back the spirit of reconciliation.

“This is the first in the long line of assassinations in Lebanon over the past three years that targeted a politician who was not allied with the majority bloc.”

Jumblatt has paid a visit to Aridi’s family to offer his condolences, Tadros reported.

Farid al Aridi, a Baysur resident, said the aim of the assassination was to “create a division in the village”.

“Aridi is a great loss for the village and for the Druze sect. He was a lovely man in the village.

The aim was to create a division in the village because until now the village has been far away from any division and we haven’t been frightened,” he said.

The bombing comes as Lebanon’s political parties get ready to hold a national dialogue meeting next week in an attempt to resolve outstanding difficulties.

“The significance in this assassination is more in terms of the timing and that fact that Lebanon is looking toward a period of reconciliation,” Tadros said.

Peace talks come four months after members of the Western-backed majority bloc in Lebanon’s parliament agreed to form a national unity government with the Syrian-supported political opposition, which is led by Hezbollah, a Shia Muslim organisation.

The agreement between the parties led to Michel Sleiman, the chief of the Lebanese army, being elected as Lebanon’s president.

Wednesday’s attack is the first deadly car bombing since January, when a security official investigating a series of political killings blamed on Syria was killed.

Aridi is the first opposition politician to be assassinated since a string of politically motivated attacks against members of the parliamentary majority bloc began in late 2004. 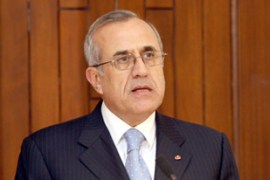 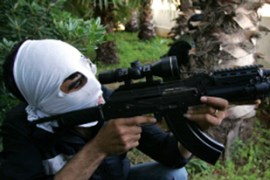 Government and opposition supporters clash in a Druze stronghold near Beirut and in the northern city of Tripoli. 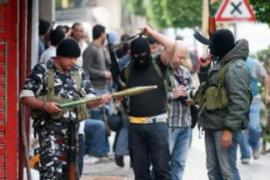 Hezbollah in control of west Beirut