Chakib Khelil, Opec’s president and the Algerian energy minister, said that quota in effect meant that member countries agreed to cut back 520,000 barrels a day in overproduction.

The cutback is expected to take effect in about 40 days, Khelil added.

The 13 members of the Organisation of the Petroleum Exporting Countries, which pumps 40 per cent of world oil, held late-night talks on Tuesday into early Wednesday in the Austrian capital, Vienna, before coming to their decision, which is likely to boost sagging crude prices.

The Opec statement identified a shift in sentiment in the oil market linked to falling economic growth, a strengthening dollar, easing geopolitical tensions and greater supply.

“All the foregoing indicates a shift in market sentiment causing downside risks to the global oil market outlook,” it said.

Wednesday’s decision for mainly Saudi Arabia to cut excess production above quota would remove oil from the market but not amount to a formal change in policy.

The move is a compromise meant to avoid new turmoil in oil markets while at the same time reflecting Opec attempts to prevent prices from falling too much.

Saudi Arabia, the world’s biggest crude oil producer which had come under fierce pressure in recent months from several countries, including the United States, to increase production to bring down record crude prices, had on Tuesday expressed satisfaction with recent steep falls in oil prices and indicated no signs of approving a cut in output by Opec.

“We have worked very hard since June’s meeting to bring prices to where they are now. I think everything is in balance,” Ali al-Nuaimi, Saudi Arabia’s oil minister, had said ahead of the Opec meeting.

But Iran, Venezuela, Libya and Algeria had all raised worries about oversupplying the market.

Crude prices have dropped about 30 per cent since spiking to nearly $150 a barrel in July and sank below $100 for the first time in five months in London on Tuesday when Brent North Sea crude for delivery in October dropped to $99.04 in late trade. 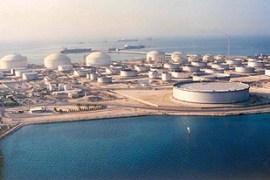 Comments set to anger Iran and Libya who want output cut at Opec summit in Vienna. 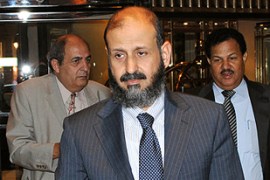 But oil producers expected to keep up output despite falling crude prices.