But some 15,000 protesters, including a number of prominent Roman Catholic church leaders and local officials, blocked the streets around the city hall building in the port city of Zamboanga on Monday.

The agreement was to be signed on Tuesday.

Many non-Muslims oppose the deal saying their land could be included in the settlement aimed at ending the 30-year-old insurgency that has claimed more than 120,000 lives.

Some Catholic politicians say an enlarged Muslim region would lead to renewed sectarian violence and have vowed to obstruct the government’s plan to conclude the peace accord.

Early last month both sides agreed to expand the existing Muslim autonomous region in the south to include 712 villages, subject to the agreement of residents of the area in a vote.

The agreement will see large swathes of Mindanao become an autonomous Muslim state with its own legal, banking and education systems, civil service and internal security force.

Philippine officials hope a peace accord will transform many areas of conflict in the south into bustling economic hubs instead of battlefields that could be a breeding ground of terrorism.

“No sovereignty is given here. This is for the benefit of Mindanao and the country,” he said, adding it is “better to talk than fight”. 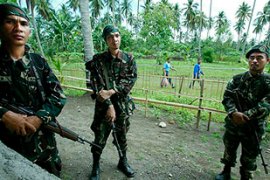 Agreement with Moro Islamic Liberation Front could lead to peace pact in south. 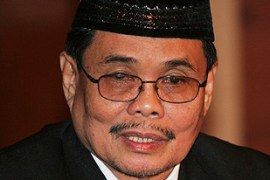 Armed group fails to reach a pact with Manila on the creation of a Muslim homeland. 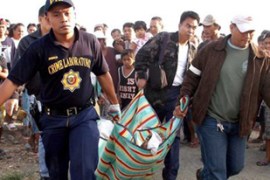