According to Shiv Shankar Menon, the Indian foreign secretary, the leaders agreed that last month’s suicide bombing of the Indian embassy in Kabul, the Afghan capital, and other events had “cast a pall” on the four-year-old peace drive.

But “both prime ministers said we need to overcome these [problems] and move forward,” Menon said, adding that Gilani had “stressed that across the board in Pakistan, all political parties want improved relations”.

Gilani also agreed to investigate claims that Pakistani intelligence was behind the embassy attack, that killed at least 60 people.

“If they give me evidence, then we will look into the matter,” he said.

Hamid Karzai, the Afghan president, whose government is fighting a Taliban resurgence that it claims is clandestinely supported by Islamabad, last month blamed the ISI, Pakistan’s intelligence service, for the embassy bombing – a charge Islamabad labelled as “rubbish”.

Karzai told delegates at the summit that terrorism was spreading “like wild fire” in South Asia, particularly in Pakistan, and receiving institutional support.

“In Pakistan, terrorism and its sanctuaries are gaining a deeper grip as demonstrated by the tragic assassination of Benazir Bhutto,” he said at the opening of the summit, referring to the dead Pakistani opposition leader.

“We need collective action to wipe out terrorism in the region.”

Saarc was set up in 1985 to improve economic co-operation in the impoverished region of 1.5 billion people, but its summits are often monopolised by the animosity between India and Pakistan.

According to the World Bank, South Asia has some of the worst levels of human deprivation in the world, despite fast economic growth.

“If South Asian countries can accelerate and sustain economic growth at eight to 10 per cent a year, strengthen human development … the region has a real chance of ending mass poverty in a generation,” the bank said.

“India has levels of child under-nutrition nearly double those of sub-Saharan Africa. One in 10 Pakistani children dies before their fifth birthday; only 34 per cent complete primary school.” 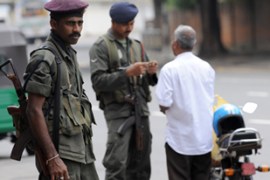 India and Pakistan to discuss their strained peace process on the sidelines. 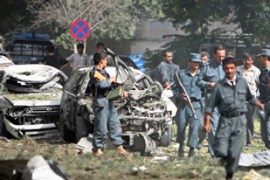 Diplomats are among the dead and 141 people are injured in attack on Indian embassy.