In a statement, the North Korean foreign ministry said they were “compelled” to take countermeasures by suspending disablement work on August 14 because the US had “postponed” the terror de-listing.

It also said the government is planning to “consider soon a step to restore” the plutonium-producing facility at the Yongbyon nuclear complex but did not say when it would do so.

But the US sees North Korea’s announcement as a bargaining tactic rather than an intention to restart its nuclear facilities.

On Tuesday, the US responded by saying that Pyongyang was “well aware” that it must first agree to a plan to verify the declared nuclear activities before being removed from its blacklist.

“It’s in violation of the commitments they’ve made in the six-party framework, and it’s clearly a step backward.”

Wood said US officials will discuss with China, Japan, South Korea and Russia, the other parties in the six-nation talks, about North Korea’s latest move but gave no details.

Pyongyang’s move drew reaction from among the leaders of the six countries which are party to the talks.

“We are aware of such moves. We wish to have verification of the North’s account of its nuclear activities conducted steadily to lead toward the abandonment of nuclear weapons,” Yasuo Fukuda, the Japanese prime minister, said.

“From this perspective, we’d like to discuss the issue with related countries including the United States.”

“At this time, when all nations are putting various efforts into the six-party talks to complete the second stage, I feel regret about the [North’s] statement,” he said. 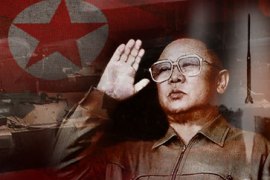 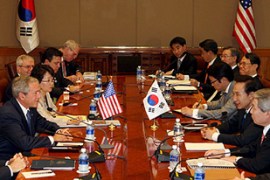 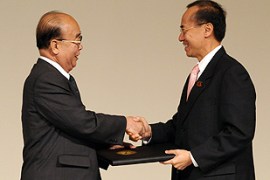