Both houses of the Russian parliament called on Dmitry Medvedev, Russia’s president, to recognise the independence of the two regions.

The move is likely to stoke tensions between Moscow and Georgia’s Western allies, who already accuse Russia of not complying with an EU-brokered ceasefire agreement to withdraw troops to pre-conflict levels in Georgia.

Earlier, the US state department said it was “unacceptable” for the Russian parliament to recognise the independence of South Ossetia and Abkhazia.

“To us that would be unacceptable… Russia needs to respect the territorial integrity and sovereignty of Georgia,” said Robert Wood, a spokesman for the department.

The White House also said Dick Cheney, the US vice-president, was to visit Georgia in September as part of a regional tour that is to include Ukraine and Azerbaijan, to show US support for former Soviet states.

But Temur Yakobashvili, the Georgian reintegration minister, dismissed the Russian move, saying it would not lead to formal recognition.“I see no real importance, from the legal point of view, that this decision may have for the future of Abkhazia and South Ossetia,” he said.

In an interview with the French daily newspaper Liberation, Mikheil Saakashvili, Georgia’s president, warned of “disastrous results” if the Kremlin officially recognised the two regions as countries.

It would be “an attempt to change Europe’s borders by force”, he added.Germany urged Medvedev to ignore the parliament vote and Franco Frattini, the Italian foreign minister, called on him to be “particularly prudent” in his decision.

Such a move could have consequences for Russia itself and separatists in Russian regions could call for themselves to be independent too, our correspondent said.

Currently, neither Russia nor any other member of the United Nations recognises the independence claims of South Ossetia and Abkhazia.

He asserted there was more political and legal legitimacy to recognising South Ossetia’s independence than there had been for Kosovo, the Serbian province which broke free with EU and US backing.Sergei Bagapsh, the Abkhaz separatist leader, said “neither Abkhazia nor South Ossetia will ever again live in one state with Georgia”.EU impatience 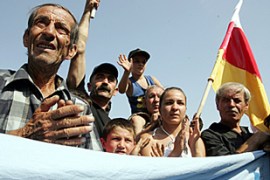 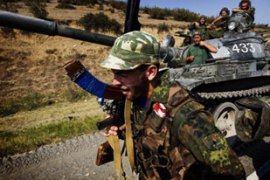 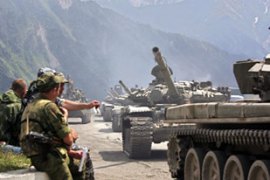