“In the tragic air strike and irresponsible and imprecise military operation in Azizabad village in Shindand district, more than 89 of our innocent countrymen, including women and children, were martyred,” the statement read.

Al Jazeera’s Zeina Khodr, reporting from Kabul, said that the two men had been summoned to the capital to be questioned by the defence ministry.

“Karzai has been under a lot of pressure, he has lost a lot of support among the local population as a result of these air strikes,” she said.

The president has regularly appealed to the US and Nato-led forces to take more care to prevent civilian casualties amid warnings that such incidents are sapping the goodwill of the Afghan people.

The United Nations has reported that 255 of nearly 700 civilian deaths in fighting in Afghanistan this year have been caused by Afghan and US-led international troops.

The chief of police in the western Herat province of Afghanistan told Al Jazeera on Sunday that 95 civilians had actually died.

The interior ministry has originally put the death toll from Friday’s attacks at 76, including about 50 children and 19 women.

About 15 houses destroyed in the raids belonged to men who worked as security guards at an airstrip used by international troops about 120km south of the city of Herat, locals said.

Angry villagers and relatives of the victims staged a demonstration on Saturday, torching a police van, overturning a delivery lorry and carrying banners that read “Death to America”.

“Our initial investigation shows that scores of civilians have been killed. The tragedy is much more serious than we had initially thought,” he said. 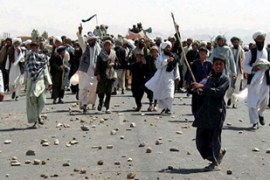 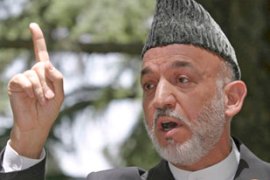