Tessa Parry-Wingfield, reporting for Al Jazeera from Madrid, said the country was in a “state of shock”.

“Relatives have been flocking to see if their loved ones are among the victims.

“Rescue workers say it is amazing there were any survivors at all.”

The Spanair flight had been due to fly to Las Palmas in the Canary Islands but shot off the runway and broke into pieces after one of the plane’s engines reportedly caught fire.

Only 19 people out of the 166 passengers and six crew aboard survived the MD-82 jet crash – Spain’s worst aviation disaster since 1983.

Rodriguez Zapatero, the country’s prime minister and King Juan Carlos have visited some of the 19 survivors.

Magdalena Alvarez, Spain’s development minister, said the cause of the accident seemed to be “an error in takeoff”.

Alvarez said the condition of the bodies made identification very difficult.

“Those responsible say that it will take two days at the most to finish identifying people by their fingerprints. DNA identification will take a bit more,” she said.

A passenger list published by Spanair, which is owned by Scandinavian Airlines Systems (SAS), showed mostly Spanish names but officials said there were also passengers from Sweden, Germany, the Netherlands and Chile.

Many were children, rescue officials said.

Francisco Martinez, a firefighter, said that a wheel on his fire engine had caught fire in the extreme heat shed by the plane’s wreckage as he tried to rescue survivors.

He said: “I took a child into the truck and he thought he was in a film.

In Beijing, Spanish sailors Fernando Echavarri and Anton Paz wore black armbands when receiving gold medals in the Olympic games, after officials turned down a request to allow the Spanish flag to fly at half-mast.

The president of Sepla, Spain’s pilots’ union, said that pilots routinely practised taking off and landing in similar situations every six months.

“It’s been years since engine failure on take-off or a fire has prevented a flight from continuing,” said Jose Maria Vazquez, himself a Spanair pilot.

Spanair has been struggling with high fuel prices and tough competition.

Hours before the crash, pilots had threatened to strike in protest at proposed cuts in staff and routes.

El Mundo, a Spanish newspaper, said that the co-pilot, who was among the dead, was on the list of those due to be laid off.

SAS has been trying to sell Spanair since last year and its Spanish unit lost $81 million in the first half of the year.

“We are shocked and saddened by this accident” Spanair chief executive Marcus Hedblom told a news conference.

But he said he had no plans to ground his MD-82 fleet.

“We have to closely monitor the records but we see no reason to take such measures,” he said.

Hedblom declined to speculate on the airline’s future. 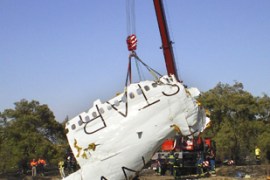 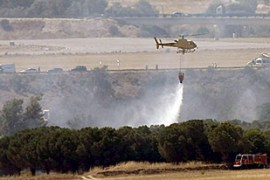 Holidaymakers killed as plane crashes in flames on takeoff for popular holiday resort. 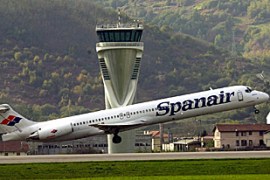 Six MD-82 planes have crashed since they were introduced more than two decades ago. 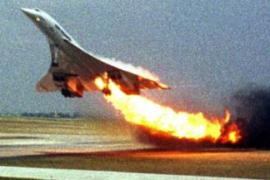 July 2000: Air France Concorde flight destined for New York crashes into a hotel outside Paris shorty after taking off. A total of 113 people are killed, including four on the ground. November 1983: An Avianca Boeing 747 plane travelling from Paris to Madrid’s Barajas airport crashes during the approach to the Spanish capital, killing 181 of 192 […]