The agenda at Wednesday’s talks also featured complicated issues such as a border demarcation, a review of longstanding accords, Lebanese detainees in Syria and the presence of pro-Syrian Palestinian groups in Lebanon, diplomatic sources said.

“Syria wants a stable, united and Arab Lebanon which does not serve as a trampoline for hostile activities,” Elias Murad, editor-in-chief of the newspaper of Syria’s ruling Baath party, said.

Syria dominated Lebanon for three decades until its forces left in the wake of massive protests by Lebanese after the assassination of Rafiq al-Hariri, the former prime minister.

Damascus has repeatedly denied accusations that it was involved in the bomb blast in Beirut which killed al-Hariri in February 2005.

The visit comes after Lebanon’s new government won a vote of confidence, allowing a power-sharing cabinet to finally start work after an agreement on a unity government was reached in Qatar in May.

The policy statement recognised the right of Lebanon, its government, people and armed movements to use all means possible to regain land claimed by Lebanon, a reference to the Shebaa Farms and nearby Israeli-held parts of Ghajjar village.

The statement also said that the issue of Syrian-backed Hezbollah’s weapons will be discussed at a later date as part of a “national defence strategy” during a national dialogue to be chaired by Sleiman. 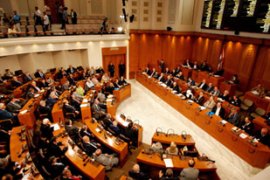 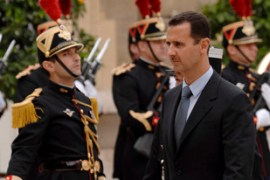 Syria and Lebanon to establish ties

Sarkozy brings al-Assad and Sleiman together on eve of Mediterranean summit. 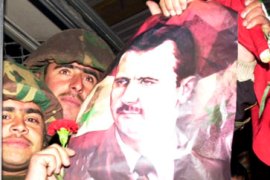 Syrian troops were invited into Lebanon during the civil war and stayed for two decades. 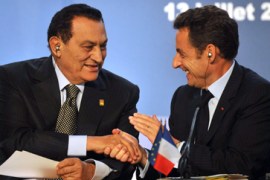