The blast, which was felt across much of Kabul, took place near a row of metal turnstiles outside the embassy, where dozens of Afghan men line up every morning to apply for visas.

Bays said the road in the centre of Kabul, where the interior ministry is situated, should be one of the most secure roads in the city. However, a suicide bomber was able to drive a four-wheel drive vehicle packed with explosives towards the gate of the embassy where he detonated his load.

“It is a scene of utter devastation,” he said.

“The bomb has taken away the gate of the embassy, taken down trees, blown out windows and destroyed many cars which were parked outside the road.

“Among the dead are a number of Indian staff working at the Indian embassy.”

The explosion was the deadliest attack in Kabul this year and the worst since a suicide bomber attacked an army bus last September killing 30 people.

“We have not done it,” said Zabihullah Mujahed, a spokesman.

He said: “This terrorist attack is the work of those that are highly specialised … but I am not entirely sure if the blame can be pointed towards the Taliban because the majority of those killed were Afghan civilians.”

“Also, India has no troops stationed in the country, but over 3,000 personnel involved in development projects. Perhaps this is the work of those that are not happy between this partnership between India and Afghanistan.”

The Afghan government has said the attack was the work of “regional influences”.

Ahmed Rashid, an author and expert on the Taliban, told Al Jazeera that the government is implicitly linking Pakistan to the attack.

He said: “Pakistan, like many previous attacks, is blamed. This is a worsening regional situation, particularly now that foreign embassies, like India, which has no troops in Afghanistan, are also being targeted.”

Pranab Mukherjee, the Indian foreign minister, announced in New Delhi that an Indian military attache and a diplomat were among those killed.

He named them as Brigadier R Mehta and V Venkat Rao.

Mukherjee said: “Such acts of terror will not deter us from fulfilling our commitments to the government and people of Afghanistan.”

Kabul has been largely spared from random bomb attacks that Taliban fighters use in their fight against Afghan and international troops elsewhere in the country.

In other violence on Monday, a roadside bomb similar to those used by the Taliban killed three Afghan police officers in Kandahar province and a separate one killed four more in the neighbouring province of Uruzgan, government officials said.

Also in Kandahar, a Canadian soldier with Nato’s International Security Assistance Force (Isaf) died in an explosion that hit a patrol, a Canadian commander said.

Private Colin William Wilmot was taking part in a security patrol when an explosive device blew up near him, Brigadier-General Denis Thompson said in a statement.

Canada has deployed 2,500 soldiers in southern Afghanistan as part of the 40-nation Isaf, which numbers about 53,000 soldiers.

The latest death brings the Canadian death toll in Afghanistan since 2002 to 87 soldiers and one diplomat. 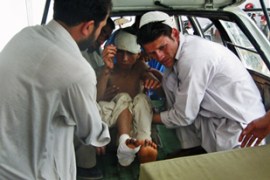 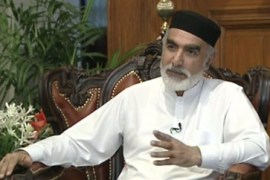 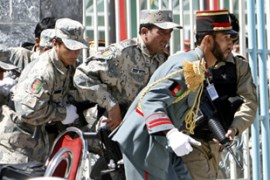 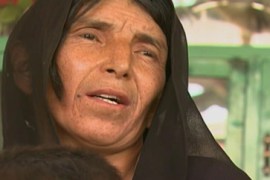