On June 28, the land transfer controversy prompted the People’s Democratic Party (PDP) to withdraw support for the government, reducing Azad’s Congress-led government to a minority.

“I do not wish to put my friends in trouble whose heart is somewhere else and their party whip is somewhere else,” Azad said in state assembly before tendering his resignation to the state governor.

The state, in India’s northeast corner, will be administered by the governor until elections are held in four months.

Omar Abdullah, president of the opposition National Conference, said his party “will not stake a claim to form the government”.

“We need to get into campaigning mode and predicting any post-poll alliance at this point of time will be premature,” he said.

The Kashmir region, which is divided between India and Pakistan but claimed by both, has experienced some of the largest anti-India demonstrations in nearly two decades.

On Saturday, thousands of protesters clashed with police over allegations that government forces set fire to a local Muslim shrine.

Police denied any involvement with the fire at the shine, which was partially damaged. 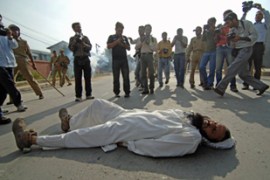 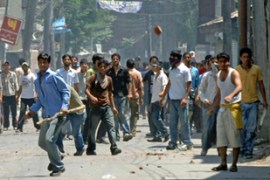 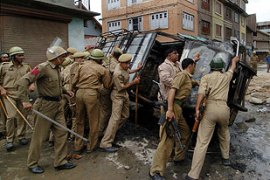 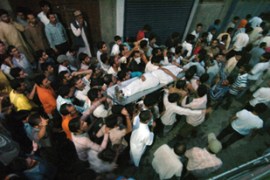