The agreement brings together a number of general agreements “in principle”, so analysts warn it is unlikely to have any immediate effect on the ground.

But the public support given to it by political leaders is seen as an indicator of an improvement in Iraq’s internal political relations.

Alongside al-Hakim, signatories to the deal include Haider Alabadi, a close aide to Nuri al-Maliki, the Iraqi prime minister, and Ayad Samurai, a main leader of the Iraqi Islamic Party, a Sunni party in the parliament.

As well as outlawing armed groups and calling for the independence of the judiciary to be respected, the pact calls for member of the dissolved army – from the time of Saddam Hussein, the Iraqi leader ousted in the US invasion in 2003 – to be integrated into Iraq’s new institutions.

Under the agreement all factions agree to combat corruption and are to abide by the idea of a united Iraq and the country’s constitution.

It also says that factions should resolve discord by peaceful and democratic means and uphold equality for all citizens.

Helsinki, Finland’s capital, hosted two conferences on national reconciliation in September 2007 and in April 2008 which initiated the agreement.

A third meeting was held in Baghdad on Friday under the government’s auspices, and aimed to install principles of non-violence.

The ceremony on Friday in the Al Rashid hotel was attended by Iraqi dignitaries, political opposition figures, tribal leaders and international organisations. 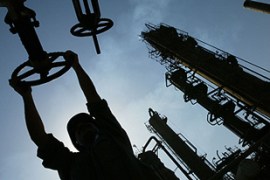 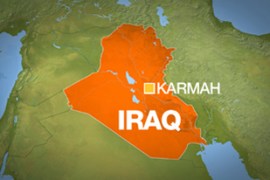 Seperate attacks kill at least 35 people in the north and centre of the country. 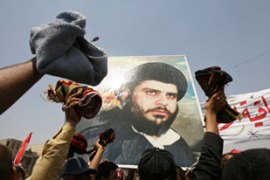 Four US soldiers and government officials among victims of Baghdad bombing.