On June 18, an initial 39 suspects were put on trial at special courts across Khartoum.

Security forces arrested Ashur on May 21 in the town of New Halfa, near the border with Eritrea.

The suspects, all in civilian clothes, arrived at the heavily guarded courtroom that was also open to the press and lawyers.

Salah Abu Zeid, Sudan’s attorney-general, read out the indictment, accusing the suspects under criminal law and anti-terrorism legislation of orchestrating a terrorist attack on the capital.

Satie Mohamed al-Haj, the defence lawyer, said after the hearing that the formation of the special court before which his clients had appeared was unconstitutional and did not guarantee their legal rights.

Ashur joined Jem in 2003 and headed its activities in Eritrea until 2005 when Sudanese-Eritrean relations improved after the signing of a peace agreement between north and south Sudan.

The Jem assault near the capital was the first time that the decades-old unrest in the Darfur region reached  the doorstep of the government.

A special court set up by Khartoum into alleged war crimes in Darfur will hold its first hearings on Saturday.

Thousands of people displaced by fighting between government forces and rebels in southern Sudan’s Upper Nile region face hunger and disease as the rainy season approaches. 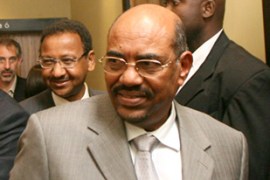