The truce was supposed to ease Israel’s crippling blockade of Gaza, imposed more than a year ago when Hamas took power in Gaza.

Al Jazeera’s Ayman Mohyeldin, reporting from Gaza, said that oridinary Palestinians living in the territory feel the casefire agreement was “not going as planned”.

“Palestinians here [in Gaza] are losing confidence that the truce is bringing an improvement in the quality of their lives,” he said.

“Even when the crossings are opening, not enough quantities of supplies are making their way in to improve the situation here.”

The military said the crossings, closed on Thursday, would remain shut at least until Sunday.

“The crossings will be closed [on Friday] because of the rocket,” Peter Lerner, an Israeli army spokesman, said.

He said their reopening on Sunday would “depend on the situation”. 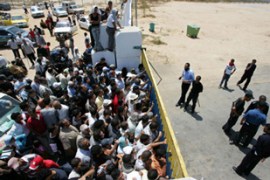 Egypt closes border crossing into Gaza as supplies trickle in from Israel. 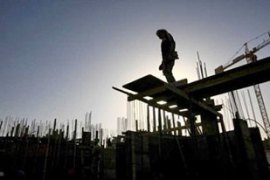