Nambaryn Enkhbayar, the president, declared a four-day emergency late on Tuesday after thousands of rock-throwing protesters clashed with police as they mobbed the headquarters of the ruling Mongolian People’s Revolutionary party (MPRP) and set it on fire.

Enkhbayar, a member of the MPRP, has reportedly pledged to investigate “any irregularities” in the election and appealed for calm.

Police and troops imposed a 10pm to 8am curfew, and downtown streets were nearly deserted on Wednesday night.

The president’s nine-point decree also allowed police to use force in dealing with demonstrators, who had reportedly also looted an art gallery and government buildings.

The report did not say how they died.

There were 220 people injured in the unrest, including a Japanese reporter, Montsame added.

A foreign ministry official said about 1,000 people had been detained. 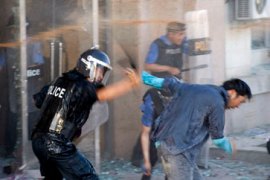 Q&A: What is at stake in Mongolia

Facts on what happened in the poor landlocked country this week and why. 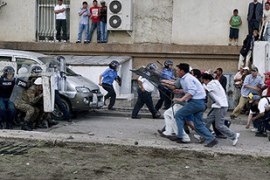 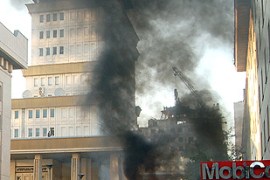 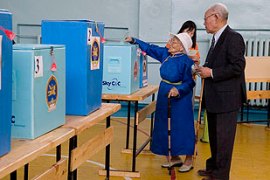