No one was reportedly hurt.

Shahwan said two members of the Fatah movement of Mahmud Abbas, the Palestinian  president, had been arrested in connection with the second blast, and that one of them had placed the bomb. 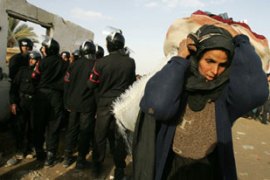 Life for Palestinians in Gaza has deteriorated to unprecedented levels, agency says.