However,  Mehmet Ali Talat, the leader of the breakaway Turkish Cypriots, has indicated that fully-fledged negotiations are likely to be held in September.

The start of such high-level talks would end a five-month preparation period during which experts from both sides tried to narrow the gap between the communities on a range of issues, including contentious property and security arrangements.

More importantly, the talks would end a four-year deadlock following the Greek Cypriot rejection of a UN reunification plan, the culmination of years of negotiation.

Turkish Cypriots, however, had accepted the plan.

The two Cypriot leaders must deal with a legacy of repeated failures during 34 years of trying to negotiate a peace.

Al Jazeera’s correspondent Nacer Bedri said it was clear that there was a strong determination that a deal be reached from both sides.

“That has been obvious in the body language, and  in the personal relationship and chemistry between the two leaders,” Bedri said.

Talat told Anatolia news agency in an interview: “Our objective is to reach a settlement in a short time. I believe we can make it by the end of 2008.

“Starting from September, we have four months. This much time is sufficient. It can be extended a little bit if necessary, but resolving the Cyprus question in a short time must be our primary objective.”

Christofias was voted into power in February, beating the incumbent president on a pro-reunification ticket. He immediately sought to restart talks with Talat.

The leaders reached an agreement in March to revive the process and enter fully-fledged peace negotiations.

To underscore their commitment, they opened a north-south crossing point in the centre of the divided capital, Nicosia, that had come to embody both the intractability of the problem and the elusiveness of its resolution.

Erol Kaymak, an international relations professor at Eastern Mediterranean University, said: “Considering that the current pair of leaders have staked so much on negotiating a settlement, the entire notion of resolving the Cyprus problem bilaterally will have been dealt a blow if they fail in this round.”

Publicly, the leaders have agreed to create a federal state composed of two “constituent states” guaranteeing the political equality of both communities.

However, differences remain over what “federation” means for each side.

Underpinning this is a Turkish Cypriot determination never to be dominated by the Greek Cypriots, who outnumber them approximately four to one.

Christofias favours a more cohesive federal model with a stronger central government to which the two partner states would remain subordinate.

This would address a Greek Cypriot fear of a deal potentially unraveling into formal partition.

In anticipation of a fresh settlement drive, Ban Ki-moon, the UN secretary-general, has named Alexander Downer, Australia’s former foreign minister, as his special envoy for Cyprus.

Cyprus was divided, along ethnic lines, into a breakaway Turkish Cypriot north and an internationally recognised Greek Cypriot south in 1974, when Turkey invaded in response to an Athens-engineered Greek Cypriot coup seeking to unite the island with Greece. 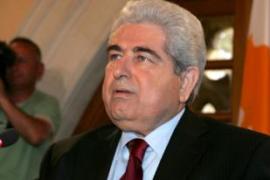 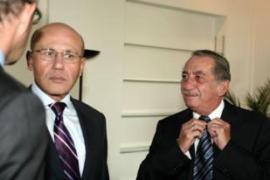 No advance in UN-hosted talks between Greek Cypriot and Turkish Cypriot leaders. 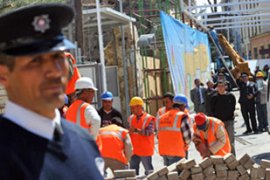 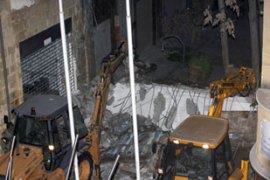 The latest dismantling of a military checkpoint has reignited hopes for unity.