Colombian authorities have said those still held include two children of a senior provincial official and that the rebels were demanding an $80,000 ransom for them.

Red Cross involvement in the release appeared to allay concerns about its ability to work effectively in Colombia after the government admitted it used the group’s symbol during the operation to free Betancourt.

“The operation was made possible through discreet dialogue between the parties concerned,” Yves Heller, an ICRC spokesman in Colombia, said.

“We continue to work as a neutral mediator.”

Farc, which has fought a 44-year war against the Colombian government, holds hundreds of Colombians for ransom and in attempt to win the freedom of its fighters held by the authorities.

The group is thought to have been weakened by desertions and the killing of two of its senior leaders. In May it said that its most senior commander, Manuel Marulanda, had died of a heart attack.

“As the Farc starts to fragment we expect to see more kidnappings as individual fronts grow desperate for money,” sCesar Restrepo, an analyst at Security and Democracy, a Bogota think tank, said.

“If these eight hostages were set free it was only because their families could not pay much,” Restrepo said. 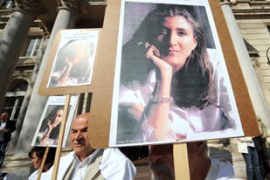 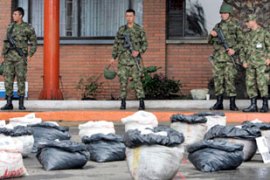 Officials claim rebels planned attacks as reprisals for the mission that freed Betancourt.