“We discussed things at the broad level, we did not discuss in detail. Senator Obama conveyed his commitment to … supporting Afghanistan and to continue the war against terrorism with vigour,” he said.

Obama will also visit Iraq, Jordan, Israel, Germany, France and Britain on a foreign tour he hopes will enhance his foreign policy credentials and stem Republican criticism that he does not have the experience to be commander in chief of the armed forces, one of the responsibilities carried out by the US president.

This year – more than six years after US forces ousted Afghanistan’s Taliban government – there has been a sharp rise in violence in the country.

The US has about four times as many troops in Iraq as the 36,000 it has in Afghanistan, yet more US soldiers were killed in Afghanistan than in Iraq in both May and June.

Obama wants to send two more brigades, or some 7,000 US troops, to Afghanistan and shift the emphasis from what he calls the Bush administration’s “single-minded” focus on Iraq.

The US presidential hopeful said the purpose of his meeting with Karzai, who has led Afghanistan since 2001,  was to listen rather than deliver strong messages.

But Obama has criticised Karzai in the past.

“I think the Karzai government has not gotten out of the bunker and helped to organise Afghanistan, and the government, the judiciary, police forces, in ways that would give people confidence. So there are a lot of problems there,” he said in an interview with CNN earlier in the month.

James Bays, Al Jazeera’s correspondent in Kabul, said:  “Obama has been critical in the past of Karzai and the Afghan government. This is a government that many in the international community see as having too many corrupt elements to it.”

Karzai has come under increasing criticism for not taking tough action to clamp down on rampant corruption, tackle former warlords and stamp out Afghanistan’s drug production.

On Saturday, military leaders at the Bagram base north of Kabul told Obama and the other senators travelling with him about their efforts to combat Taliban forces and other fighters opposed to the US-backed Afghan government.

The congressional delegation then met more US soldiers at Jalalabad airfield, as well as the governor of Nangahar province.

Obama has said that Afghanistan is the central front in the so-called “war on terror”, and he is expected to call for more US action to rout the Taliban and al-Qaeda.

Obama has said that if he wins the US presidency in November he will commit at least two more combat brigades – up to 10,000 extra troops – to Afghanistan, while reducing the number of US forces in Iraq.

But the pledge to commit more US troops to Afghanistan is already proving divisive, Bays said.

“Nato commanders and US military commanders have said they would welcome extra troops. Nato commanders know that American troops are useful to them because they can send them anywhere in the country – many other Nato troops will not send their troops to more volatile areas of Afghanistan.

John McCain, Obama’s Republican rival, has criticised the Democratic nominee’s lack of experience in the region and on Saturday mocked his current trip. 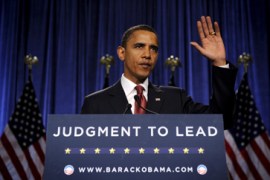 Marwan Bishara says Obama should apply the same policy to both Afghanistan and Iraq. 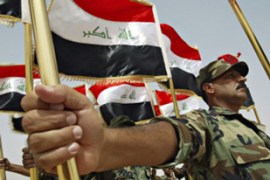 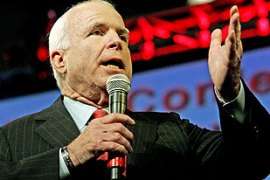 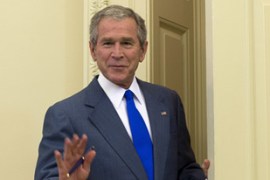