US officials say the level of violence across the country is down to a four-year low based on reports of US and Iraqi military deaths, attacks on Iraqi civilians and sectarian violence.

Mullen said more progress had been made in Iraq than he expected, although he said it had not reached “a tipping point” and was not “irreversible”.

“But security is unquestionably and remarkably better,” he said following a recent visit to Iraq.

“Indeed, if these trends continue I expect to be able early this fall to recommend to the secretary [of defence] and the president further troop reductions.”

Violence continued in Iraq on Wednesday, however, with a car bombing at a popular market in the country’s north, police said, killing at least 15 people, including seven children.

Nearly 100 people were injured in the explosion near the town of Tal Afar, 420km northwest of Baghdad, police said.

The attack came a day after bombings killed about 40 people and wounded scores in northern Iraq.

The end of the so-called surge of US troops also marks the start of a 45-day evaluation period to assess the security situation in Iraq and determine how many more soldiers could be pulled out.

In recent months US military commanders have pointed to significant improvements in Iraq, including reduced violence and the growing capacity of Iraqi forces.

US officials have been hoping that if security improves, they may be able to send more units to Afghanistan, where they say violence is increasing.

Robert Gates, the US defence secretary, said on Wednesday that officials are looking for ways to send additional troops to Afghanistan this year. 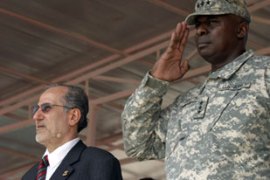 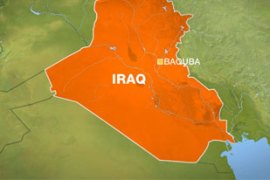 Bombers target army base near Baquba and policemen in the city of Mosul.